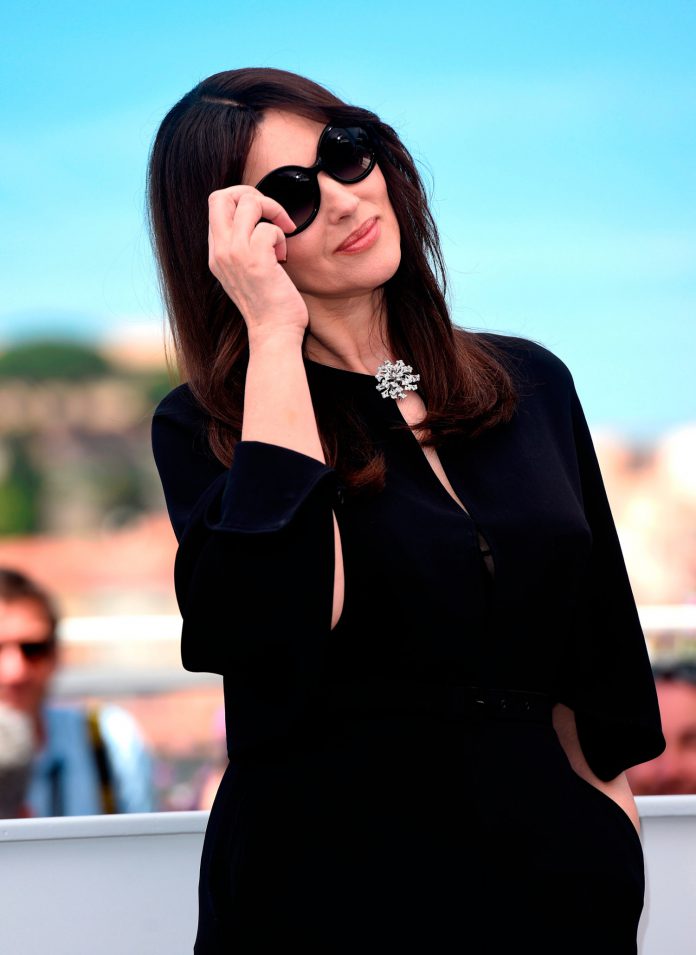 Monica Bellucci attends a photocall for her duty as Mistress of Ceremonies during the 70th annual Cannes Film Festival.

We demand to know your secrets Monica Bellucci.

The 52-year-old actress kicked off the Cannes Film Festival celebrations today as part of her Mistress of Ceremonies duties and stunned in an elegant all-black ensemble, accessorising with a statement diamond necklace (aren’t they all?).

The Italian actress, who is often described as one of the most beautiful women in the world, has been mesmerising audiences with her performances onscreen and fashion fans with her breathtaking red carpet choices for more than 20 years.

Aside from a few self-deprecating quips about the necessity of airbrushing, Bellucci hasn’t divulged the secrets to her age-defying appearance, which we’re putting down to spectacular genetics.

In 2015, she told the Telegraph, her day-to-day life isn’t focused no maintaining her looks, but rather living each day to the fullest.

“I’m not someone who wakes up at 6am and goes to the gym. The truth is I like cakes and pasta, the odd glass of wine and a very occasional cigarette. My advice is: eat well, drink well, have good sex and laugh a lot. The rest comes all on its own.”

That might just be a Monica Bellucci thing, but just in case – we’re off to find a date and a nice bottle of Malbec.