Monica Bellucci stealth street style is the epitome of understated chic. The Italian actress arrived at the Chanel show wearing a blue robe coat in the House’s signature tweed and black wide-leg pants. On one arm was a small quilted Chanel purse that she held as a clutch; on the other, her handsome boyfriend. 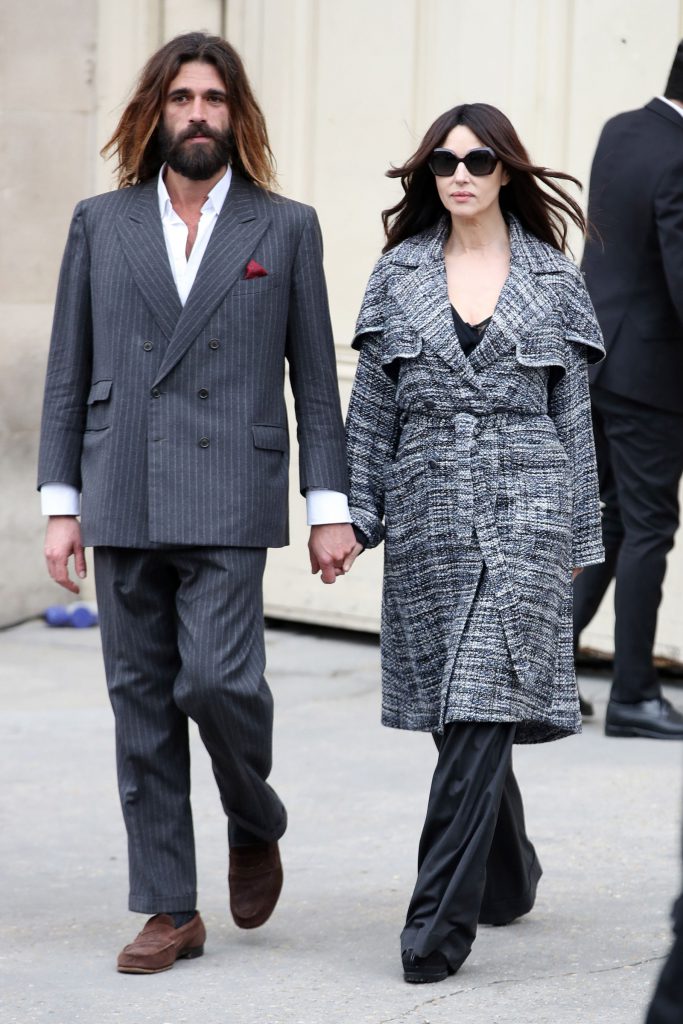 Who is Nicolas Lefebvre?

With his long hair and beard, Nicolas Lefebvre, a French sculptor, recalled Tom Hanks in Castaway, though he was hardly scruffily dressed in spiffy pinstripes.

Lefebvre‘s pared-back look, a loose double-breasted suit, complemented his bombshell girlfriend’s ensemble. The trousers were slightly cropped to show off his socks (gray!) and he sported a pair of brown loafers. There was a laissez-faire flair in the styling: The artist, who often prefers to go the relaxed shirting route, went sans tie and left his collared shirt unbuttoned.

In November, Bellucci, 54, spoke to Paris Match, where she hinted at her (at that time, unnamed) boyfriend: “I have been with the same person for some time and everything is fine.”
“The man whose life I share does not do the same job as me, but he travels a lot. Her pace of life allows her to understand mine.”

Lefebvre is the first man Bellucci has dated publically since her split from husband Vincent Cassel in 2013.

Lefebvre is 36 and lives in Paris. In an interview with The Socialite Family, he noted that he has an eight-year-old daughter named Anahi.